The city of Thun is located on the lake of the same name. The historic center is not directly on the lake, but on an island of the Aare which separates into two arms to cross the city. Thun is a very beautiful and picturesque town worth visiting.

The main attraction of the town is Castle and church with dominates the skyline along with Obere Hauptgasse street and its elevated sidewalks with two level of shops and the cobblestoned Rathausplatz with the city hall. The river flowing between the town and the wooden bridges adds to the beauty of the town. The city can be easily explored on foot.

Things to do in Thun

Built at the end of the 12th century by the Dukes of Zahringen, its impressive roof was added in the 15th century by its new owners. The castle is situated high on a hill above the town and the castle is quite picturesque along with the nearby church. The five floors of the castle now house a historical museum highlighting the region’s history.

There are a few castles around lake Thun and this one is easily accessible and looks better. From the main street there is sign pointing ways to visit the castle, but it did not look like public path. Initially we felt it was private entrance to someone house. There is a steep climb through lot of stairs to reach the castle. It needs a lot of strength and if you have walking difficulty don’t use these stairs. There is an elevator that takes you right up to the entrance of the castle (We came to know about this after our trip from our host).

After the entrance in the castle compound there is a restaurant and a gift shop which also sells ticket. There is locker facility available in the same room. After collecting the ticket you can start you self-guided tour first from the Museum section located next to the Gift shop/reception.

After this you cross the courtyard to the Castle entrance. There are total five floors and each floor there are various exhibitions. The castle itself is not large and with its exhibits also it seems mostly empty.

The castle only has very little old furnishings with very few numbers of weapons and armor making it less interesting. But the castle offers an insight in the history of the city and the area surrounding it in 3 languages. There is a small kids’ area on the top level, where some dummy armor & dress were kept for kids to try and play. For engaging the kids, they have placed a small snail like toy and given a map of castle to find out and mark on the map. Our kids were busy in doing this.

Once you reach the top floor you can go up a narrow wooden stairwell to the attic where you get access to each of the 4 towers of the castle. You can go to each of the four towers which offer different views of the city.

Not far from Thun Castle is the Stadtkirche Thun the Town Church. The church dominates the Old Town of Thun, is defined by its striking medieval tower that dates back to around 1330. Frescoes were added one hundred years later.

Schadau Park is a pleasant public garden on the shores of the Thunersee Lake. Schadau is in the southern suburbs of Thun, an easy stroll from the old town area, train station and boat pier. Take a seat in the garden and see the world passing by. Refresh your mind and eyes by the amazing views of Lake Thun, the Alpine peaks of the Monch and Jungfrau Mountains.

The castle of Schadau, built between 1846 and 1854 according to the plans of Pierre-Charles Dusillion for the Neuchâtel banker Abraham Denis Alfred de Rougemont. It was restored in the 1970s. Schadau Castle is now converted into a restaurant. At the time of our visit it was under renovation so we were unable to visit from inside.

Other than Castle there are the attractions in the park like the Thun Panorama 360° painting, Scherzligen Church, play area for children’s and Vaporama steam railway.

Thun Panorama is a very large painting of Thun town which was painted by Marquard Wocher between 1809 and 1814. It is the first Swiss panorama painting and also the oldest of its kind to have survived.

The Panorama, known as a cyclorama, measuring approximately 7.5 meters in height and 38 meters in length, is painted on paper and mounted on canvas. It is housed in a specially-built round building at the Schadau Park. Wocher sketched the panorama of Thun and its surroundings, sitting on a chimney stack of a house in the middle of the old town of Thun. It shows the Thun old town and the life of its inhabitants 200 years ago. The painting shows in great detail the picturesque rooftops and the characteristic buildings, streets of the old town, insights into living rooms and classrooms.

Inside the round building you can see the painting from two different floors due to its height.  An audio guide in available in multiple languages and spare at least an hour to view all the fine details in the painting.  The panorama is open for viewing from March to November.

The Scherzligen Church next to Schadau Park is the oldest and historically most important of the twelve millennium old churches in the Thunersee region.

The original church in Scherzligen was erected around AD 500. However, most of the building is newer with the Carolingian tower dating from the ninth century, the Romanesque nave from the tenth century, and the Gothic choir from the 1380.

We went for a nice stroll through the Vieille Ville de Thoune which is the old town of Thun. There is a historic Town Hall Square right in the center of the Old Town. One of the most popular attractions of old Thun is the two covered wooden bridges, the Muhlebrucke over the Inner Aare and the Scherzligschleuse over the Aussere Aare.

These two bridges are pedestrian only and below the bridge are the locking gates which control the flow in river. If you are interested the gate locking mechanism is installed on the bridge. These sluice gates create a great wave to ride and you can find many surfers just after these wooden bridges. Also, we have seen plenty of kids and teens jumping in the river from other bridges in old town.

There are many eateries and pubs along the river. Enjoy stunning views of the city from restaurants around.

Go for a shopping spree at Balliz

The Balliz is Thun’s shopping district located in the heart of the town. It is literally an island, with the Aare river flowing past on both sides. There are numerous places to relax, eat or drink and enjoy yourself directly on the water.  There are fashion boutiques, department stores, markets, cafés, restaurants and many more stores nestled in unique, fascinating buildings where you can find almost everything.

Admire the collection of armored vehicles at Panzermuseum Thun

If you are interested in Tanks and want to see a collection of tanks and armored vehicles used by the Swiss armed forces, then you should plan a visit to the Panzermuseum Thun. Here you can find Tanks and other combat vehicles collection originating from different countries including Switzerland. Some of the vehicles here are used only for test purpose while others are from WW II. You’ll love the tanks!

It’s is an open-air museum inside a military base. Unlike a typical museum you will not find a guide or guided tours here and the information provided with the military hardware is not in English. For entering inside the military base, you have to submit your passport at the gate and collected visitor pass. After that one military personnel will escort you to the tank museum and then it’s a self-guided tour.

Lake Thun stretches 18 kilometers from Thun to Interlaken and is almost 4 kilometers across at its widest point. With a backdrop of the Bernese Alps, glistening turquoise water and a shoreline dotted with castles and chalets, it’s an idyllic and stunning leisure activity on your vacation. Since Lake Thun does not freeze over in the winter, the BLS fleet continues to operate daily trips from Thun to Interlaken and back. The duration of this Cruise trip is around 2 hours passing through any beautiful towns in the backdrop of mountain. On the way starting from Interlaken you can see some important tourist destinations like the St. Beatus Caves, Spiez village and Oberhofen castle before reaching Thun.

Accessible by road or boat, a trip to St Beatus Caves gives visitors the chance to see rock formations created over millions of years deep under the ground. A one-kilometer long pathway guides you past stalactites and stalagmites inside the limestone caves, and a museum provides scientific information on the exploration of caves over the years. This site is open between mid-March to mid-November.

If you are planning to visit St Beatus Caves along with lake Cruise, then do it in reverse order. You can come here from Interlaken or Thun by bus and return after visiting the cave by boat. The path from boat Pier to St Beatus Caves is very steep.

Spiez is a small town on the shore of Lake Thun. Spiez is an ideal starting point for exploring a wide range of popular destinations in the Bernese Oberland and the Valais. Spiez is dominated by a magnificent castle and a Church.

If you are planning to visit Spiez Castle & church along with lake Cruise, then you should come to Spiez by train for sightseeing and then go for a lake Cruise. This is the best way to do if you have walking difficulty or you have a child stroller. 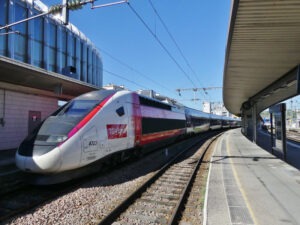 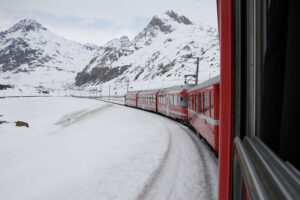 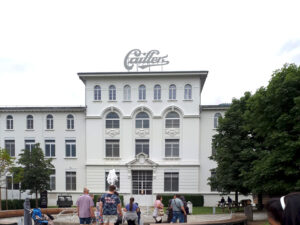 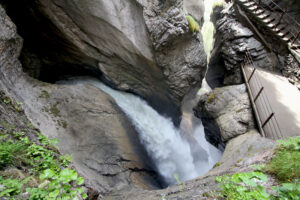 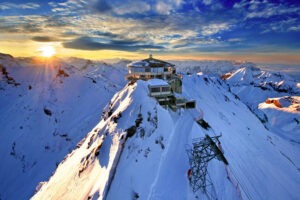 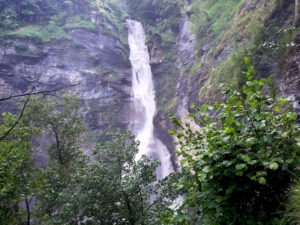 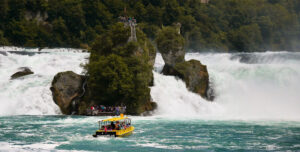 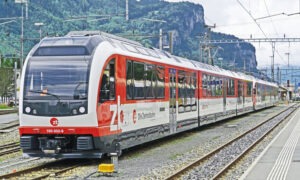