Moving around in Baku by using public transport

Using the public transportation system can be a great way for a traveler to live like a local and save some money. They also give you firsthand experience in learning about the local people and the place. Public transport system in Baku includes the metro, buses and taxis. Metro & bus services are extremely cheap in Baku when you compare to other countries.

Buses are an inexpensive way to travel in Baku. Bus schedules are generally available at bus stops. Passengers pay the driver for their journey when they board. There are two kinds of buses, the red ones and the purple ones. The red ones are newer buses with better seats and air conditioning. Red buses are operated by private company called BakuBus and they have card scanners for fare collection which work on BakiKart Card. Cash is not accepted and you cannot ride BakuBus without this BakiKart card. Each journey costs 0.30 Manat irrespective of the length of the journey (upto 10 KM inside city). The system is very easy as you know the direction from the destination stop’s name. Just ask the driver or check on the moving message running outside the bus in case of doubt. You can also check on google maps which shows the bus number and the route. However, not all buses are operated by BakuBus, many of them are still government owned. You can tell the difference by the color. The public buses are purple in color. These are handy if you don’t have BakiKart, as these buses only accept cash.

The main bus terminal is called “Avtovaghzal” and there you can take regional buses going to different regions, and international buses to destinations like Tbilisi, Iran and a few Russian cities.

The capital city Baku is the only city in Azerbaijan with a metro service. Stations, trains and facilities are clean and safe, with trains running every two to three minutes. Metro service operates between 06:00 and 24:00 Hrs. Fares are cheap and independent from the length of the journey. The stations were built by Soviet designers and are most noted for their design and architecture. They are an attraction by their own right. “Nizami” station is one of the most beautiful metro station in the Baku. Inside the metro stations photography is prohibited.

There are two lines, the Red Line, which goes from Icharishahar to Hazi Aslanov, and the Green Line, which runs from Khatai to Darnagul. The two main metro lines meet near Baku’s central railway station, at the double station of Jafar Jabbarly/28th May. The entrance is trough Jafar Jabbarly. All the stations are underground except Bakmil. It costs 30 qapik to enter the metro. To use the metro you should buy a BakiKart card and charge it with as many trips as you wish. BakiKart is required even if you want to do a single trip.

Nothing can be quite as convenient as paying for a taxi to pick you up and drop you off exactly where you want and when you want. Taxis in Baku is regulated and has several licensed taxi firms. The most famous of them are Baku Taxi Company and Taxi Baku MS 189. Both of these taxi services charge you for the distance traveled. If you can speak Azerbaijani or Russian You can order a taxi via phone to 4000 or 189. Here another group of taxis are also operating which are not metered. They are available everywhere along the street side. You have to negotiate the price before boarding the taxi. Due to language barrier this is not a good option and chances are you will be overcharged. Look for metered taxi like 198 or London taxi.

Apart from this, if you cannot speak Azerbaijani or Russian then there are many app based taxi services available. You can check Uber, Bolt, Omega Taxi & Maxim Taxi mobile riding apps. They are working like a charm, you know the price before boarding the taxi and you don’t have to explain the location to the driver. Compared to other places taxi fare in Baku is reasonable.

BakiKart is a single Smart Card for payment on Baku Metro and BakuBus.

From August 2015, Baku has started phasing in a prepaid card system called the BakiKart, which can be purchased at metro stations and at certain bus stops. There are two types of cards; a plastic one costing 2 manats plus credit that can be reused, and a disposable paper one allowing up to four credits. (4 rides will cost 1.2 AZN + 0.3 ANZ card fee). One way trip within the city costs 0.30 manat or 30 qəpik, and it can increase on a long distance. It is available to purchase at metro stations and at certain bus stops. “BakiKart” is useful for payment at underground metro and BakuBus.

BakiKart  can be purchase from the vending machines convinently located at metro stations and many bus stops. When purchasing BakıKart from vending machine there are two options; BakıKart and BakıKart for limited use. BakiKart costs 2 AZN while BakiKart for limited use costs 0.3 ANZ. For BakiKart the transaction is straight forward, just insert the exact amount and get the card. In case of BakiKart for limited use you have to select the number of rides you want up to maximum 4 rides and insert the exact amount. Limited use card is valid for 45 days from the first use. In both the cases you have to insert the exact amount in the vending machine. The machine doesn’t give change. Card itself is nonrefundable but excess fund in the card can be refunded at metro station. One card can be used by many persons.

Baku Card is the official city card of the capital Baku. It includes free public transport (including airport express line), entry tickets for selected city museums and attractions, plus discounts and special offers at shops, cafes, restaurants and much more. The card comes in three different types – 24 hours, 72 hours and 7 days, and includes free public transport across the city, as well as free entry or discounts at selected museums and attractions, plus a range of discounts and special offers at many shops, cafés and restaurants. The cards are sold at Heydar Aliyev International Airport, tourist information points, major hotels and tourist agencies around the city, and automatically activate the first time you use them. 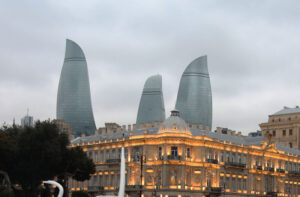 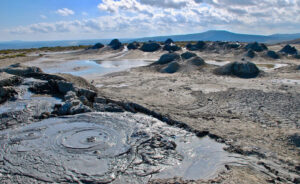 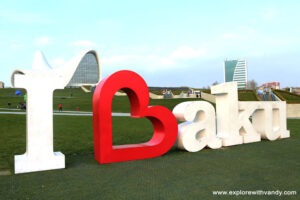 Things to do in Baku 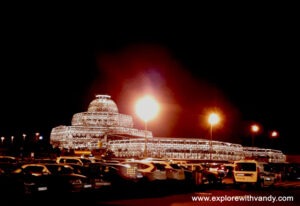 How to go from Baku airport to the city center 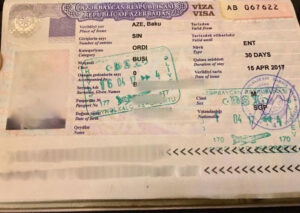